Surgery was a success!

It was definitely a long day, but in the end it was successful. We arrived to Methodist in San Antonio at 6am. While we were waiting we learned that Courtney's surgery wasn't until 10am and we could have arrived at 8am. Luckily Julie, our Parent Advisor with Sunshine Cottage, arrived with the most delicious cinnamon rolls ever. We all decided we wouldn't have slept anyways so it was no big deal.

We waited together (Bryan, myself, Julie and my mom aka Momo) on the 9th floor in the surgery holding area where we were to come later and finish recovering. Courtney was in good spirits despite not having eaten since 6pm the night before. She took a little nap and by 9am they took us down to sub-level 2 for surgery. Momo and Julie went to the surgery waiting area and Bryan and I took her back. After about 30 minutes we felt like something wasn't quite right. Sure enough they had it in her chart that she was allergic to penicillin and she is not. Once we got all of that straightened out we met with the Dr. Syms, the anesthesiologist, and the nurses. After I met everyone I felt much better and confident in the hands I was giving her to. One of the nurses was pregnant and due in November so I felt like Courtney had a little friend in there with her!

After the doctors left I put on my marshmallow suit and walked her back to the OR. I could feel the emotions brewing, but when I laid her down it almost felt like I was laying her down for a nap at home. She turned her little head to the left, started sucking her thumb and that was it. One of the nurses walked me out to the waiting room where I met Momo, Bryan, Julie and our friend Kim aka Wright. Just about all of us cried.

The nurses were great. They called when the surgery actually started which was about an hour after I took her into the OR and every hour to two hours there after. It was a long wait. We talked, ate, slept, played a word game, and laughed to get us through. The last hour was the worst. I became anxious and had an overwhelming desire to see her. First the audiologist came out with two big boxes from Cochlear Corporation and a koala bear (complete with a CI). He told us Dr. Syms was finishing up and she did great. He also tested the implants and had a response in both ears. About 15 minutes later Dr. Syms and his nurse came out and said everything went great as planned. RELIEF!! A few minutes later the anesthesiologist came in and escorted me back to recovery where I could finally see my sweet baby girl.

She was definitely out of it and didn't look like her, but none the less it was good to hold her. While I was back there they needed to take two x-rays. During this process her IV ripped out of her foot, but she seemed to be okay and didn't need to put it back in at that time. She threw up a few times even after a dose of fenagrin which is when the craziness began.

At first the nurses were tyring to convince me that it was normal to be throwing up and it was just phlegm. I wasn't buying it. I remained calm and they eventually took us back up to the 9th floor where she continued to vomit after yet another shot of fenagrin. About an hour later she started to run fever so they decided to admit her to Children's. Thank goodness. She had a difficult time with the medicine and anesthesia that made her vomit which in turn made her dehydrated and run fever.

Since she became dehydrated they had to put another IV. After a LONG night and a lot of fluids she bounced right back! We were thankful we were admitted because she bled more than normal in her right ear and had to have the bandages changed. She cried more during that than redoing the IV - it was awful! Luckily by Saturday morning she was almost back to her normal self! Dr. King, Dr. Syms associate, came in and gave us a thumbs up to go home. By 12:30pm we were on our way home.

I am so amazed at how great she is doing. My mom and I gave her Tylenol not because she was acting in pain, but because we thought she had to be. I know I would be if someone cut into my head, but she is doing awesome! I haven't allowed myself to even think about activation day, and now that I know she has made it through surgery, it is all I can think about! I simply can't wait.

Thank you all so much for your kind words, prayers and happy thoughts. We couldn't have done it with out them!
Posted by Unknown at 1:48 PM 8 comments:
Labels: CI, Ears

Okay, it's official I am nervous and freaking out! I know in my head everything will be fine tomorrow, but I keep envisioning handing my baby girl over to complete strangers. I am just not sure how I am going to do it! At the same time, it is so exciting how close Courtney is to hearing. We have planned her birthday party for October 11th so she can hear us sing to her. A special request by her daddy.

I will call those that I can and the rest please check back for an update tomorrow night or Saturday morning. The boys will be well taken care of with Bobpa as they are headed off to the county fair tomorrow. Thank you Momo and Bobpa!!
Posted by Unknown at 8:53 PM 8 comments:
Labels: Ears 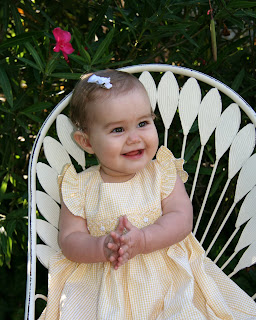 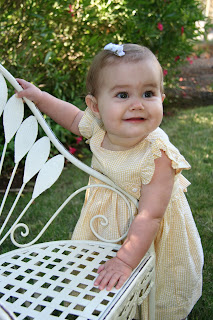 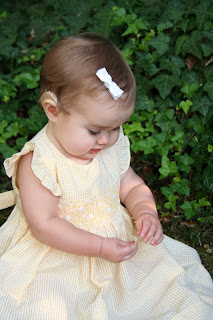 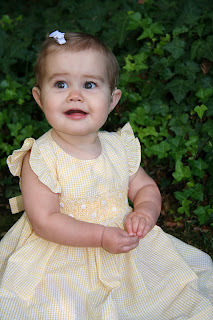 For the past two weeks we have been battling the insurance company to cover simultaneous bilateral cochlear implants and we finally won!! After involving my husband's employee benefits manager, more than one UHC manager, the UHC account representative for my husband's employer, Let Them Hear, our doctor, family and several friends we appealed and the decision was overturned. It was definitely an emotional rollercoaster!

In the end Baby Girl will get her CIs as scheduled on September 26th. Yahoo! Thank you all for your many prayers and positive thoughts. Mom...I can't thank you enough for everything you did from daily phone calls to research to just being a mom. Thank you!
Posted by Unknown at 10:36 PM 13 comments:
Labels: Ears
Newer Posts Older Posts Home
Subscribe to: Posts (Atom) 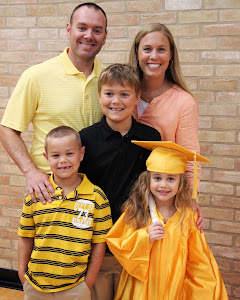 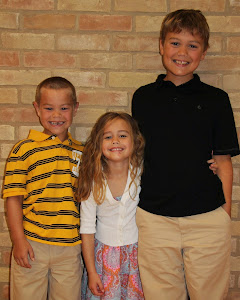